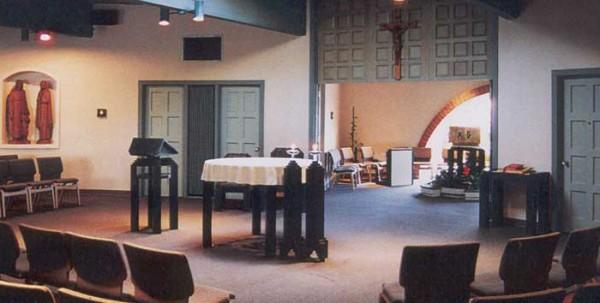 Click here for Easy Tithe or see below for other ways to donate!

The history of the Cursillo Movement in the Diocese of Phoenix goes back almost 60 years and most of that time has been anchored at the holy grounds of Mt. Claret. “It was 1963 when the Claretian Missionary Fathers purchased the property, then La Fonda Fiesta Guest Ranch, as a residence for priests and the expansion of the Cursillo Movement. They named it after Claretian founder Saint Anthony Mary Claret. Within a few years, the Claretians built Our Lady of Guadalupe Chapel on the premises. Dedicated on April 19, 1969 and the first Cursillo chapel in the United States, Our Lady of Guadalupe still stands today as a testament to the faithful who continue to come to Mt. Claret for solitude and prayer. After more than two decades of ownership by the Claretians, they were no longer able to operate the retreat center and decided to sell the property at the end of the 1980s. In 1988, Msgr. McMahon was serving as pastor at St. Theresa in Phoenix. He was also the vicar of buildings and grounds with the Diocese of Phoenix and he arranged for the purchase of the property in 1989 by the Diocese,” although the Claretians remained for some years after that. (From Mt. Claret website: History)
Since then we have watched the Center grow with many improvements, and it has continued to be a beautiful place of spiritual renewal for Cursillistas in the Diocese. The sacrifices of Cursillistas over the years, through their prayer, toil, and donations, have been an essential part of the beauty and growth of the Center. Our lease right now, which goes through 2018, is about $3400 a month, and with that we receive first choice of 6 cloistered weekends a year, use of the meeting rooms for free, (for team formation, Ultreya, School of Leaders, Fundraisers and other events) the Cursillo office spaces, Cena storage, and the palanca closet. Wouldn’t it be great, too, if we could reduce the cost of weekends for the candidates and team members?

Perhaps you have read the articles in the Voice over the summer of 2017 about the building of our Chapel.  Perhaps you remember the changes over the years: a memory about the days when there was barely a kitchen, or when you slept on the bottom level of a rickety wooden bunk, or as part of a kitchen team you slept upstairs on the floor of the upper room.

It isn’t just about the accommodations though, or even the legacy of the many Cursillistas before you.  Mt. Claret has been a cloistered, holy home for the Phoenix Cursillo Movement for many years past and hopefully many to come. Yes, of course, Cursillo weekends would be a life-giving and God-serving part of the Movement in Phoenix if held almost anywhere, but those of us who lived our weekends at Mt. Claret know the special meaning of “going up to the mountain”.
Please prayerfully consider how you can help (how about $10.00 a month?) to safeguard the vision of the Claretian priests who were the caretakers of the Movement in Phoenix in the beginning, and all those Cursillistas (and Msgr. McMahon!) whose stewardship (time, talent, and treasure) and love over the years were instrumental in the beautiful Holy ground that is Mt. Claret Retreat Center today.
There are two ways to donate: automatically at easytithe.com/Cursillo (click the link below) or make checks out to the Cursillo Movement and mail to the address at the bottom of the page.  Just think: if even 400 Cursillistas out of the thousands living in the Diocese could give just $10.00 a month the Cursillo Movement would run debt free! 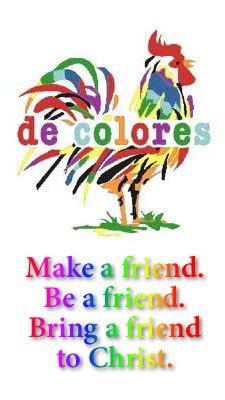